Aaron Alter's Introspective Blues #1 for flute and harp to be included in the Classical Discoveries radio program on WPRB-FM 103.3 and https://wprb.com 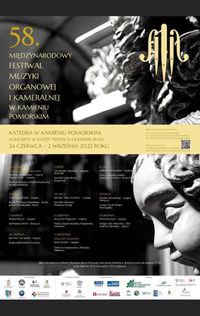 Composers Concordance presents a piano-based concert entitled ‘Variations,' focusing on Variation Form, including the myriad ways it remains central to music composition in the 21st century

A certain musical form has remained so popular among composers that it seems almost synonymous with music composition itself. Variation Form’s adherents have included virtually all of the renowned composers of every era, all of whom composed sets of variations, from J.S. Bach’s 'Goldberg Variations' to Charles Ives’ ‘Variations on America.’ Beyond the classical canon, much Jazz music is structured on a basic pattern of theme and variations, and artists frequently develop variations on themes by other composers. Prime examples would include Coleman Hawkins’ 1939 recording of Johnny Green’s ‘Body and Soul,’ in which Hawkins famously varied the melody from the outset; and Billy Strayhorn’s ‘Take the A Train,' based on the harmonic progression of Jimmy McHugh’s ‘Exactly Like You.’ More recently, Pop music has become so replete with variation that fans, and even songwriters themselves, seem sometimes to forget who wrote what, leading to numerous disputes of authorship. Clearly, Variation Form itself has remained a constant, echoing what’s been heard before, while driving music’s evolutions.

The concert will also be live-streamed on the Composers Concordance Facebook page.

Aaron Alter's music to be included in the Classical Discoveries radio program on WPRB-FM 103.3 and https://wprb.com

Here is a list of some of the works and composers to be presented: Two-Piano Suite by Jamaican composer, Eleanor Alberga (1949- ) Time and Again (2022) by American composer Bruce Babcock (1958- ) David’s Psalms by Ukrainian composer, Hanna Havrvlets (1958- ) The Journey from “A Saami Requiem” by Finnish composers, Gunnar Idenstam (1961- ) and Ola Stinnerbom Midsummer Passage by American composer, Doug Lofstrom Concerto No. 1 for tabla and percussion quartet by American composer, Peyton MacDonald (1974- ) Truro Canticles (2017) by British/Bulgarian composer, Dobrinka Tabakova (1980- ) Clarinet Concerto by Dutch composer, Theo Verbey (1959-2019) Plus music by Aaron Alter, Tania Eshaghoff, Paul Lansky, Galina Ustvolskaya and others and more as time allows On 103.3FM Princeton NJ. or https://wprb.com Celebrating its 25th year on the air Sound files after the broadcast at: https://www.mixcloud.com/MarvinRosen/

The West Coast premiere of Aaron Alter's "Lament, Prayer and Renewal" for Tenor Saxophone and Electric Guitar at the 2022 NWEAMO Festival in San Diego

The amazing composer and guitarist Gene Pritsker will be coming all the way from New York and teaming up with the phenomenal saxophonist Todd Rewoldt for the West Coast premiere of Aaron Alter's Lament, Prayer and Renewal for tenor saxophone and electric guitar. Also on the program is the incredible violinist from Vancouver, Canada, Petro Krysa. The concert includes works by Gene Pritsker from Gene and Todd's new album "Duets For The End Of The World", as well as works by Madelyn Byrne, Dan Cooper, Debra Kaye and Texu Kim. This is opening concert of the NWEAMO FESTIVAL in San Diego! It's going to be an exciting concert.

Tickets are $20 at the door and the ticket revenue will be for the benefit of Ukraine. Payments will go directly via QR code to UNICEF.

The incomparable Cracow Duo (Jan Kalinowski, cellist and Marek Szlezer, pianist) as part of their 2022 US Tour, will be performing Aaron Alter's "Variations on Lo Lanu Ha-Shem" for cello and piano, which was dedicated to them. This special concert will be at the Encinitas Library on Wednesday, March 30 at 12:00 noon Pacific Time. Also on the program are works by Fryderyk Chopin, Szymon Laks, Aleksander Tansman and a world premiere of a work by Maciej Zimka. If you are in the San Diego area, this concert is not to be missed! The concert is free, but please arrive by 11:30am to get a seat!

The incomparable Cracow Duo (Jan Kalinowski, cellist and Marek Szlezer, pianist) as part of their 2022 US Tour, will be performing the US premiere of Aaron Alter's "Variations on Lo Lanu Ha-Shem" for cello and piano, which was dedicated to them. This special concert will be at the Holocaust Museum L.A. in Los Angeles on Sunday, March 27 at 2:00pm Pacific Time. Also on the program are works by Roman Ryterband, Szymon Laks, Aleksander Tansman and a world premiere of a work by Mateusz Bień. If you are in the Los Angeles area, this concert is not to be missed! To get tickets, please click on the Get Tickets button below. The tickets are free, but you have to reserve them.

Tickets are Free, but you have to reserve your ticket via the Get Tickets button below. Seating is limited.

Aaron Alter's "First Time Meeting" for Clarinet, Violin, 'Cello and Piano will receive its World Premiere by the Unheard-of//Ensemble

The program includes the winners of the Generations Competition: Matteo Dal Maso of Turin, Italy (25 years old or younger) for his composition Spiel, and Rolf Johnson of Albany, CA (65 years old or older) for The Mad Weasel’s Romance.

The concert will be livestreamed at the Composers Concordance Facebook page at 7:00pm Eastern TIme, 4:00pm Pacific Time. https://www.facebook.com/ComposersConcordance/live_videos/

Please click on the "Get Tickets" button below for tickets. 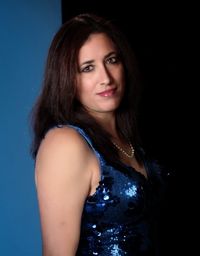 Aaron Alter's Piano Sonata (Inspired by Beethoven) will be performed by Susan Merdinger, Steinway Artist at the Ear Taxi Festival. In addition to Aaron Alter's Piano Sonata, the other works on the program are Saxon Variations by Elbio Barilari and Shtetl Scenes by Ilya Levinson. Tickets are free, but seating is limited, so please click on the "Get Tickets" button below to reserve your seat!

Free, but seating is limited. Please reserve your seat by clicking on the "Get Tickets" button.

To RSVP to see the concert in-person, please send an email to concerts@CFNY.ORG

In addition to the in-person audience, there is a livestream link via YouTube: https://www.youtube.com/watch?v=epQ2hXaha0Y

Aaron Alter's String Theory for String Quartet will be performed by the ÉxQuartet in a program that includes works of Carl Loewe and Mieczysław Weinberg. The ÉxQuartet gave the world premiere performance of my "String Theory" in 2020 and recorded it on their award-winning debut album on the Phasma Music label entitled "New Music for String Quartet." The time of the concert is 8:00am Pacific Time. 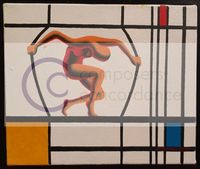 Aaron Alter's "Lament, Prayer and Renewal" in a recording session with a live audience

Session #1 Featuring: Jay Rodriguez - sax and Gene Pritsker - electric guitar Composers Concordance Launches its new series: 'Process Sessions'. A live recording of a short album in front of a small audience/panel of musicians/artists (who are invited and asked to comment on the recording itself) and an online Live-stream audience. After the recording, Gene Pritsker will edit and mix the album and it will be released on Composers Concordance BandCamp page.

After we receive your payment, we will email you regarding getting your link or paper ticket to you. Please reserve early! We are operating at 25% capacity so we have a limit on audience members. If you have any questions please email elise@carterglennon.org

Tickets are $40 for in person seating, $20 for online viewing of the concert 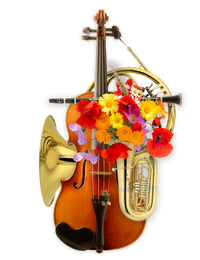 Broadcast of Aaron Alter's "Homage to Josquin" on Classical 95.5 KHFM Festival of the Performing Arts 2021

Broadcast performance of the 2015 world premiere of Aaron Alter's "Homage to Josquin" by The New Mexico Performing Arts Society on Classical 95.5 Festival of the Arts 2021. 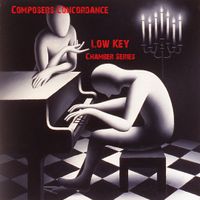 Composers Concordance Low Key Chamber Concert #5 Jay Rodriguez - winds & Gene Pritsker - electric guitar that includes works by Gene Pritsker, Jay Rodriguez, the poetry of Robert C. Ford and the world premiere of Aaron Alter's "Lament, Prayer and Renewal" for tenor saxophone and electric guitar. The concert will be streamed on Facebook Live from New York at 5:00pm Eastern Time (2:00pm Pacific Time.) Please click on the link below for information and to view the concert: https://www.facebook.com/events/236653228026332

These performances are part of the Virtual Boston New Music festival, a two-week showcase of Boston’s leading new music ensembles. This year’s virtual festival is available both to the Boston community and audiences around the world. Learn more here.

Join us for the 4th annual ROCC conference! This conference features lectures and performances by artists from around the world and UNG's own music faculty. All events are free and open to the public. Aaron Alter's "Toccata-Variations on a Theme by Charlie Parker" will be performed by José Manuel Garcia, piano.

Online World Premiere of Aaron Alter's "The First Day of Summer" as part of the Kwidzyn September New Music Concerts in Kwidzyn, Poland

The YouTube link to view the concert is: https://youtu.be/O3qlVX4wQ7w

This LiveStreamed concert will be held on September 28, 2020 at 12:15 pm Pacific Daylight Time.

World premiere of Aaron Alter's Variations on Lo Lanu Ha-Shem for 'cello and piano, performed by the incomparable Cracow Duo. The performance will be livestreamed from Kraków's Jewish Quarter and is sponsored by Holocaust Museum LA. The concert is organized in collaboration with the USC Polish Music Center, the Consulate General of the Republic of Poland in Los Angeles and the Polish Cultural Institute New York. Also on the program are works by Roman Ryterban, Alexandre Tansman, Maurycy Moszkowski and Jarosław Płonka.

This LiveStreamed concert will be held on September 13, 2020 at 12:00 noon Pacific Daylight Time.